Everyone deserves some support, as long as they are also willing to help themselves. First, we must get to know them and learn what they are going through and what they need. Then we must take action to make sure everyone can fulfill their potential and pass these values on to others. 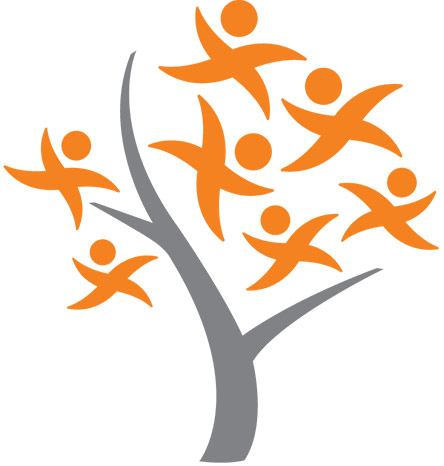 We are a Family Business Institute founded in 2003 within the Galvani Group, inspired by the values ​​of the family matriarch, Lina Galvani. In 2004, we were accredited as a Civil Society Organization of Public Interest (OSCIP).
Ever since our foundation, we targeted our efforts at identifying and supporting initiatives that contribute to improving the quality of life of the locations where our associates (maintaining companies) operate. Our approach seeks to harness the potential of local stakeholders to make them understand their role in community development. Therefore, instead of doing something for them, we try to do something with them. This provides them with greater autonomy and enhances local capabilities. Additionally, we seek to guide their growth in a unique way, developing projects that take into account their local demands and the specific characteristics of each region.
Active listening – Working together – Articulating. This is the fundamental tripod of our action. We believe there is no silver bullet when it comes to Community Development, so we act differently according to the needs of each community.
We believe we are just another player engaged in local development, so we aim to build communities articulated in Jointly-Responsible Social Networks (Redes Sociais Solidárias), because this is critical for the construction of a sustainable society.
Ever since our foundation, we have invested more than 17 million BRL in projects that directly involved nearly 30,000 people.

Next, we will present some more about our first projects. They have already been completed, but since they brought us many findings and achievements, we believe it is worth taking a closer look at these chapters of our history.

Our head office is in the Jaguaré neighborhood, on the west side of São Paulo city, Brazil. At the end of 2003, we began to seek a way to contribute to the development of that area. Based on the community’s interest in food and cooking, we did some research and found out this was a market on the rise across Brazil, despite the severe lack of skilled labor. After these studies and some meetings with the community, the Cozinheiro Cidadão (Citizen Cook) project was launched. Later on, it gave rise to the SERvindo Program.

By intertwining human and socioeconomic development, from 2005 to the end of 2009 the program trained 240 students as cooks, waiters, and baristas. Over 80% of them successfully entered the labor market, which increased their self-esteem and their family income. Thanks to its relevance and the social inclusion it promoted, the project received important recognition, such as the Prêmio Revista Nutrinews and the FoodService 2006 highlight. Our student Uridéia Andrade represented the 8th Millennium Goal in the UN/NYC in 2005, Chasing the Dream.
After the end of the activities, due to its enormous success, the program was systematized and is now available to be replicated

With about 80,000 inhabitants, Paulínia is a city in the Metropolitan Area of Campinas. It is home to the largest petrochemical complex in Latin America. The Betel District is on the east side of the city, 5 km away from the city center. Even though it is located in a city with the 7th highest GDP in Brazil and a high HDI (0.85), the area still has some significant unmet needs, which create high social vulnerability

We arrived in this community in 2003, first by supporting Galvani’s volunteer program, then formed by the “Getting to know the Company” and the “Family Budget” projects. In 2008, we entered into partnership with the Neighborhood Association of Betel (AMBAP), giving rise to the Viva Betel-Karate Project, aimed at bringing locals together through sports and community activities, in addition to strengthening the association itself and other local projects. The participants and their families reported increased self-esteem and better socialization as key results of the project, as well as the improvement of family and community bonds. They now take pride in living there.

A total of 40 children enrolled in karate classes, 25 in jazz classes and 17 in guitar lessons. So far, our karate kids have won 74 medals in regional championships. The project was also approved and endorsed by Paulínia’s Municipal Fund for Children and Adolescents (Funcad), with the donation and transfer of funds to the Association and annual sponsorship of the karate team.

In 2003, upon our foundation, Rodolfo Galvani, one of the founding partners of Galvani, made a special request to his daughter, Cecília, our current CEO: “Do what your grandmother would do for these communities”. And that is how we do we our work in the communities where we operate: inspired by Lina Galvani’s lessons, values, and best examples.

A daughter of Italian immigrants, Laurina Farnetani Galvani, also known as Dona Lina, was born in January 7th, 1913, in São João da Boa Vista (SP). She married Mr. Rodolpho Galvani, with whom she had 4 children, 15 grandchildren and 16 great-grandchildren.
Even when she was over 100 years old, she never failed to stay active, participate in charitable work, gather her family together and nurture relationships with many people. She told us that her passion for learning has been with her ever since her school years. She always emphasized her belief in the power of hard work and also the privilege of being happy with simple things. Perhaps these are the reasons for her longevity, in addition to her faith in life and in the people.

To expand our communities’ ability to lead local social change.

Yara International, the Norwegian company that holds 60% of Galvani’s shares and is our associate maintaining company, established a Code of Conduct with its most important principles of business conduct, providing rules and guidelines to help employees and business partners to make the right decisions every day. The Code applies to all suppliers and business partners, including us.